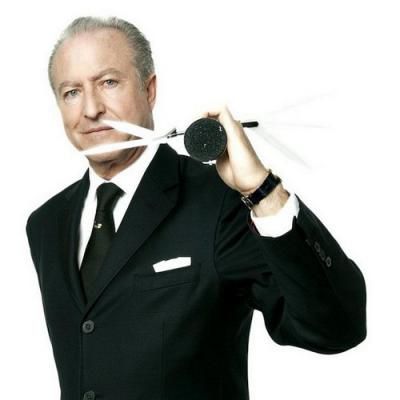 Alberto Morillas is a name that you must have heard before if you are at all interested in the world of perfumery. Indeed, this character endowed with a great sensitivity is one of the biggest noses on the planet. Completely self-taught, he has developed an extraordinary career and has made the most beautiful scented essences with his overflowing imagination.

Alberto Morillas is a Spanish perfumer who was born in 1950 in Seville. Fascinated by art since his earliest childhood, he decided to study at the Beaux-Arts in Geneva. Nevertheless, reading an article on perfume, and more particularly on the Guerlain house, teased him and he accidentally entered Firmenich in Geneva. Completely self-taught, he first worked in the chemistry department and took the opportunity to study raw materials on his own. He gradually learned the trade of perfumer. Little by little, he developed certain projects and made a name for himself in the profession. To raise his career to the highest peak, in 1975 he decided to move to New York. There came the time for the consecration. Six years later, Alberto Morillas won a project with the Must de Cartier perfume. As it happens, it is the very first juice to have truly marked his career. This marked the beginning of his fame and then allowed him to continue with many other successes until obtaining, in 2003, the François Coty prize for best perfumer.

The signature of Alberto Morillas

Alberto Morillas is a visionary endowed with an artistic sense and an extraordinary sensitivity. This master parfumeus today particularly famous in the olfactory industry was the very first to combine natural and synthetic elements. What’s more, each of its juices is endowed with a deep emotion. In fact, Alberto Morillas confides that, when he writes down the formula for his perfumes, it is as if he could smell them. For him, a perfumer seeks “a certain harmony of agreements and therefore a certain harmony of the senses.” “He perceives each of his nectars as being” the fruit of impressions gathered throughout [his] life. However, each of its essences is very different from its elders and it is very difficult to establish consistency in the creations of Alberto Morillas. Indeed, this Andalusian nose never ceases to push the limits of olfactory pleasure, sometimes even daring androgyny to revolutionize the world of perfumery. Each of his creations is an opportunity for him to question and is played with fluidity and transparency.

Among the many perfumes signed by Alberto Morillas, some are real bestsellers like Miracle by Lancôme, Scarlett by Cacharel, M7 by Yves Saint-Laurent, CK One by Calvin Klein, Daisy by Marc Jacobs or even Acqua Di Gio by Giorgio Armani. What is more, let us also note that Alberto Morillas widened his sector of activity in the year 2000, opening his Swiss brand of manufacture of scented candles, named Mizensir.