La Nuit Trésor, the love potion of the 21st century

Masvelt Multi-Reducing Cream, the Clarins solution to control your curves 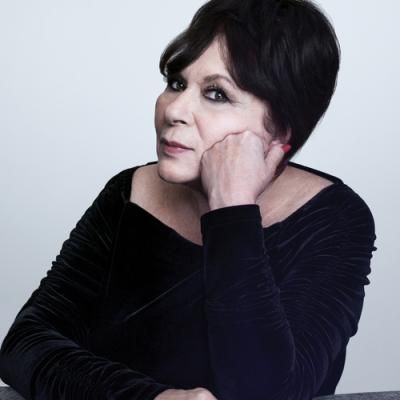 Sophia Grosjman is one of the most recognized noses on the planet to whom we owe many olfactory successes. She was able to impose her share of femininity in this sector of activity, however very masculine. His career has been marked by many successes which have earned him multiple awards. Here is a look back on his extraordinary career.

Sophia Grosjman was born in the Soviet Union and very quickly became fascinated by nature, the scent of fields of wild flowers and the scent of the forest. Moreover, she very quickly preferred long walks to toys. It is therefore in the heart of her native Belarus that she draws her inspiration, often based on pink tones. She began her career in 1965 at International Flavors and Fragrances (or IFF), in the United States, in 1965. She received the advice of one of the greatest perfumers of the time, Ernest Shiftan, whom she considers to be his mentor. She then designed her creations with passion until reaching the highest peak in perfumery, receiving the title of the Lifetime Achievement Award, in 1994, for her career as a perfume designer, from the Cosmetic Executive Women organization of New York. Similarly, in 1996, she won the decoration of the Living Legend Award from the American Society of Perfumers.

If Sophia Grosjman is interested in multiple smells, she is more particularly specialized in pink notes. As such, it is to her that we owe Eternity by Calvin Klein, Yvresse or Paris by Yves Saint-Laurent, or Trésor by Lancôme. Moreover, an anecdote hides behind this last perfume. In fact, Sophia Grosjman had originally created it for her. Fascinated by her own essence, she wasted no time in having it adopted by Lancôme. It was a huge success and it is, even today, one of the stars of modern perfumery. Moreover, this juice has very recently been modernized thanks to the appearance of Trésor In Love, a perfume reappearing 20 years later but still endowed with an unparalleled charm.

Today, Sophia Grosjman is considered to be responsible for a real revolution in the world of perfumery. She was able to inaugurate a new style of both classic and modern perfumes, becoming a sort of Picasso of perfumery. As she explains so well, her ambition is to “create perfumes that make a woman happy and that allow her to feel beautiful.”